BAR
In the middle of the 10th century, the territory of Bar (Barrois) formed a dependency of the Holy Roman Empire. In the 11th century its lords were only counts by title; they belonged to the house of Mousson (which also possessed the countships of Montbéliard and Ferrette ), and usually fought in the French ranks, while their neighbors, the dukes of Lorraine, adhered to the German side.

Theobald I of Bar, was an ally of Philip Augustus, as was also his son Henry II, who distinguished himself at the battle of Bouvines in 1214. But sometimes the counts of Bar bore arms against France. In 1301 Henry III , having made an alliance with Edward I of England, whose daughter he had married, was vanquished by Philip the Fair, who forced him to do homage for a part of Barrois, situated west of the Meuse River, which was called Barrois mouvant.
In 1354 Robert of Bar , who married a princess of France, was made marquis of Pont-à-Mousson by the Emperor Charles IV and took the title of Duke of Bar.

His successor, Edward III of Bar , was killed at Agincourt in 1415.
In 1419 Louis of Bar , brother of the last-named, cardinal and bishop of Chalons, gave the duchy of Bar to Rene, Duke of Anjou and king of Naples, the grandson of his sister Yolande, who married Isabella, Duchess of Lorraine. Yolande of Anjou , who in 1444 had married Frederick of Lorraine, count of Vaudemont , became heiress of Nicholas of Anjou, duke of Calabria and of Lorraine, in 1473, and of Rene of Anjou, duke of Bar, in 1480; thus Lorraine, with Barrois added to it, once more returned to the family of its ancient dukes.
United with Lorraine to France in 1634, Barrois remained, except for short intervals, part of the royal domain. It was granted in 1738 to Stanislaus Leszczynski, ex-king of Poland, and on his death in 1766 was once more attached to the crown of France.


BEILSTEIN
"The Lordship of Beilstein was an estate of the Holy Roman Empire based around Beilstein in modern Rhineland-Palatinate, Germany. The lordship was a member of the Electoral Rhenish Circle and was a member of the Bench of Counts of Westphalia in the Imperial Diet.
"In 1120, a Crafto is mentioned as being the ruler of "Beyhelstein", but it is not until 1268 when the Lords of Braunshorn are mentioned that clear origins of the lordship emerged. In 1363 the family of the lords became extinct and Beilstein passed to the Counts of Winneburg. In 1637 Beilstein passed to the Counts of Metternich. In 1652 the Archbishopric of Trier recognised the immediacy of the lordship. In 1689 during the Nine Years' War, the French invaded the lordship and destroyed the castle and the Jewish settlement which had existed there since the 13th Century. The counts of Metternich did not rebuild the castle. In 1794 the French again occupied the lordship during the wars of the French Revolution, and it was formally ceded to France in 1801. The counts of Metternich were compensated with some of the former territories of the Abbey of Ochsenhausen in 1803.

Territorial and Dynastic History
1145: 1st mention of "Counts of Bilstein"
1301: Line of counts died out; Bilstein sold to Hesse
1303: Annexed to Hesse
References
Lordship of Beilstein

Territorial Development & Dynastic History
1182: County
1115: Passed to Count Otto of Salm
1122: Gertrude, only daughter of Count Johann
Marriage of Otto's heiress, Sophia (d.1176), Countess of Rheineck, Salm and Bentheim to Dirk VI, Count of Holland
1146-1182: A fief of Bishopric of Utrecht
1176: Passed to Counts of Holland
1263: Annexed County of Tecklenburg
1277: Partitioned into Bentheim-Tecklenburg and Bentheim-Bentheim
1421/1468: Bentheim became an immediate fief of the Empire
1486: HRE County
1500: Westphalian Circle
1530-1643: To County of Steinfurt
1606/1610: Division into Bentheim-Tecklenburg (with Rheda and Hohenlimburg) and Bentheim-Steinfurt
1752: Bentheim mortgaged to and was seized by Elector of Hanover
1804: Annexed to Steinfurt
1806: Bentheim mediatised to Berg
1810: Annexed to France
1815: To Hanover

BENTINCK
Titles: HRE Count of Bentinck and Aldenburg, Lord of the free Lordship of Knyphausen, Noble Lord of Varel

= Principality of Lichtenberg ( belongs to Saxe-Coburg-Gotha )

References
The Counts of Blankenheim


BRANDIS
The Barons of Brandis 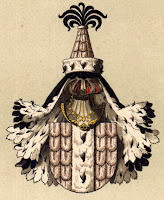 BRIXEN
Bishopric of Brixen
"The Principality Brixen (now Brixen / Bressanone, Italy) was from 1179-1803 an independent state ruled by the Abbots of Brixen Abbey. In 1803 it was incorporated into Austria-Hungary. The arms show the Paschal Lamb, symbol of St. John, the patron saint of the Abbey. The arms are also used by the modern city of Brixen." (Istrianet) 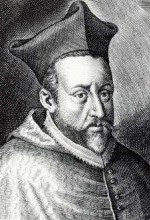 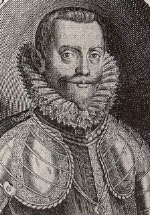 Karl of Austria (1560-1618), Margrave of Burgau, 1592-1618
Prince of Burgau
[Prof1]
"Since 1557, he (Ferdinand II of Tyrol) was secretly married with Philippine Welser, daughter of a patrician from Augsburg, with whom he had several children. The marriage was only permitted by Emperor Ferdinand I in 1559 under the condition of secrecy. The children were to receive the name 'of Austria' but would only be entitled to inherit if the House of Habsburg would become totally extinct in the male line... The sons born of this marriage received the title Margrave of Burgau, an old Habsburg possession in Further Austria. The younger of the sons, the one who survived father, later received princely rank, becoming Fuerst zu Burgau...."  (Medieval Coinage)
To Austria, 1618-1805
To Bavaria, 1805-Present
History of Burgau 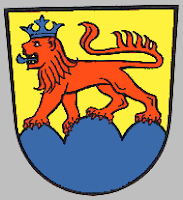 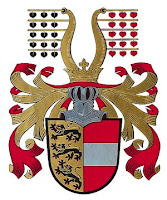 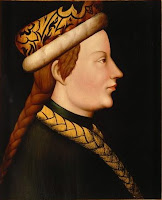 the Ambitious, the Courteous

References
Carniola in Busching, A New System of Geography, pp. 204-226. 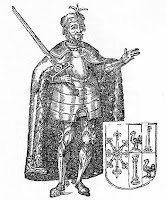 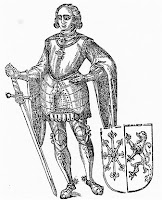 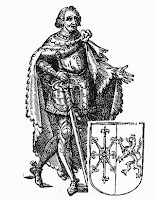 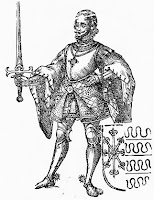 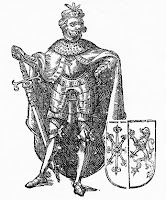 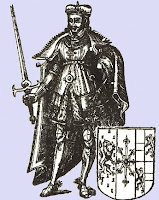 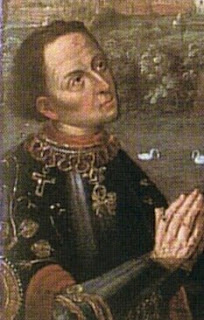 "... [D]uring the reign of its distinguished Count Adolph I., —1394-1448—was raised to the dignity of a duchy, by the Emperor Wenceslaus, in 1417. Adolph was alike eminent as warrior, statesman, and savant; he became the founder of several of the rather pedantic societies of those days of declining chivalry; such as the Fools' Fraternity, and the Knights of the Rose-wreath and of the Horse-comb; but the sense of justice of the Duke of Cloves is commemorated by a fine sentence, expressive of his integrity in an era of deceit and corruption.'" - This, however, did not hinder him from being engaged in violent disputes and bloody feuds with the Archbishops of Cologne."  (Koppen, p. 175) 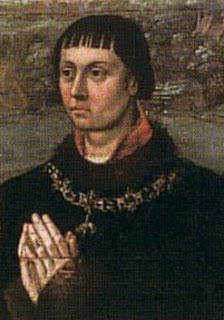 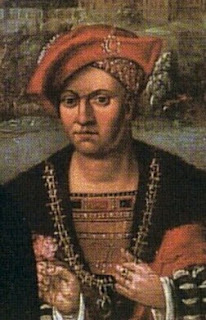 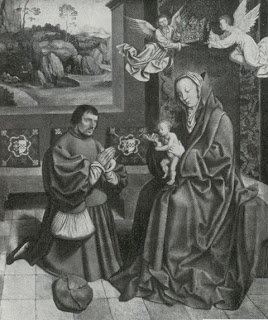 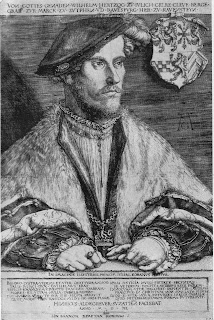 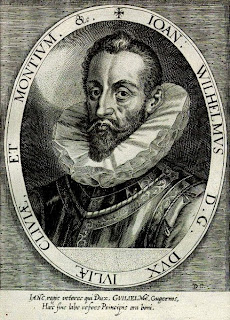 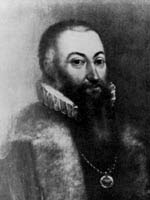 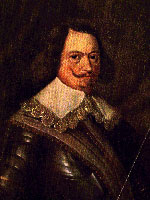 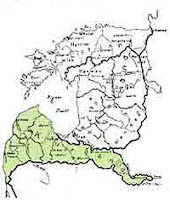 Posted by Royal Favourites at 10:38 PM No comments: